You can watch Houston Life live at 1 p.m. Monday through Friday! If you miss the show, you can catch it when it airs again at 8 p.m. or the next morning at 8 a.m. on KPRC 2+.

Teen believed to be 13 shot by 18-year-old in Fort Bend County, deputies say

With Lamar, Heights and Westside, District 18-6A has a trio of programs used to winning and making the playoffs. The consistent standard of success is remarkable. There’s a lot of tradition in this league, anchored by the Texans.

What makes this district interesting this particular season, however, is the relative parity at the bottom. Between Westbury, Bellaire, Sam Houston and Chavez, all would not be wrong to think a playoff appearance is in the works if things go right.

Will they, though? We’ll have to wait and see. 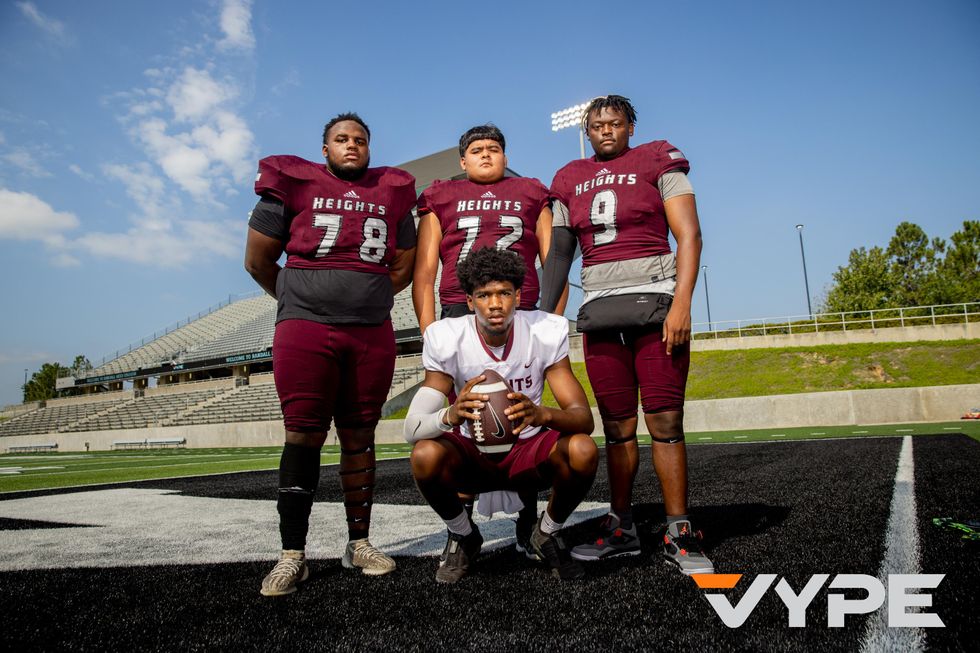 The Bulldogs have made the playoffs 11 consecutive seasons and this year are likely to make it a sweet dozen. Coach Stephen Dixon’s team returns 14 starters (7/7) from a 4-7 team. All those four wins came during district play after Heights started last season 0-5. Senior 6-foot-3, 190-pound ATH Allen Rainey (10-15 passing, 65 yards last season; 244 yards, 5 TDs rushing), who will primarily play quarterback this season, will be the Bulldogs’ go-to on offense. He is effective wherever you put him on the field. He just needs the ball in his hands. Offensively, Heights is a force physically with junior 6-foot-1, 330-pound OL Frank Moss Jr. and senior 6-3, 240-pound TE Chance Hollins. The defense will likely be the Bulldogs’ strength early on behind playmakers like senior LB David Nico (71 tackles, 5 tackles for loss) and senior DL Hezekiah Adams (33 tackles, 3 tackles for loss, 2 sacks).

Westside is another Houston ISD team with a lengthy postseason streak. The Wolves have made the playoffs each of the last 11 seasons. Westside returns 10 starters (6 defense) from a 6-3 team. The offense will be paced by senior RB Jahbari Kuykendall (1,603 yards, 14 TDs) and senior QB Thaddeus Watson (1,039 yards, 16 TDs passing). They make for a dynamic 1-2 punch. The defense is dominant up front behind senior 6-foot-3, 260-pound DL Jayden Gaines (4 tackles for loss, 2 sacks), senior DE Gerry Spencer (8 sacks) and junior DT Chris Garcia (2 tackles for loss). Concerns for the Wolves are at WR, OL and DB.

The Tigers have not made the playoffs since 2003. In the last 10 years, they’ve won eight games total. However, last year’s two wins were the most the Tigers had in the previous three seasons combined and was the first time they won more than one game in a season since 2012. Coach Charles Brown III seemingly has Sam Houston on the right track. Eleven starters (6 offense) return from a 2-8 team. The marquee talent is RB Howard Smith (1,149 yards, 11 TDs). The Tigers also have a pair of precocious sophomore talents in QB Trevan Williams and 6-foot-1, 160-pound WR Sincere Lewis. Defensively, the Tigers lean on senior stalwarts in the secondary in DBs Saul Skipper and Jamarcus Toliver.

Chavez has made the playoffs just once since 2010. The Lobos have won just five games total over the last two seasons. But there is a new era as coach Rafael Hernandez, formerly the offensive coordinator, takes over as the Lobos’ third head coach in three years. He will lead a team that returns 11 starters (6 offense) from a 2-8 team. The offense will be ignited by senior 5-11, 165-pound QB Kamren Sanders (708 yards, 8 TDs passing; 209 yards, 2 TDs rushing) and 6-foot-1, 190-pound WR Davien Jernigan. Defensively, junior LB Clinton Simmons (76 tackles, 8 tackles for loss, INT) is the headliner.