The latest Houston news, weather and sports from KPRC 2.

BRACKET OF DEATH: Who will come of out Class 6A Region II Division I?

If you survive the likes of Class 6A DI Region II, you should be the favorite to win state.

The likes of Duncanville, Westfield, Spring, DeSoto, Rockwall and The Woodlands are Texas High School Football brands, who strike fear in their opponents.

So, who gets through the gauntlet?

D'Ville lost to Mater Dei of California, considered the top team in the country year after year, in Week 1. Since then, the Panthers have outscored their opponents 468-75. That is ugly. That's knocking off the likes of powers DeSoto, South Oak Cliff, Mansfield and Cedar Hill. Duncanville can score at will and is nasty on defense with Omari Abor coming off the edge. The Panthers will beat Belton and Sachse, before meeting Spring, likely.

The Yellowjackets are really well-coached and have a serious offense with QB Braedyn Locke (Miss. State-commit), who can sling it. He has over 3,000 yards through the air, while Zach Hernandez gets it done on the ground (1,300 yards). Noble Johnson is one of the top juniors in Texas at WR. They are going to need to get some stops but Rockwall can outscore teams. The Jackets will take down North Garland, before playing a tough DeSoto squad. Then Westfield? That's a tough road.

The Mustangs have run the table beating North Shore and Spring in the regular season. Their defense is nasty only giving up 84 points on the year. Cardell Williams (Tulsa) has had a HUGE senior year with 2,400 yards passing and a 34:2 TD:INT ratio. Anthony Holmes (Virginia) runs the defense up front and coach Matt Meekins has some DBs who can fly around. Conroe and Cain shouldn't be a problem but then it's Rockwall.

After losing to district-mate Westfield, everyone stopped talking about Spring. Bad idea. Bishop Davenport (Utah State) has thrown for 3,000 yards and he has six WRs with over 250 yards. Yes, six. The Lions' defense has some teeth only giving up 94 points. The Woodlands are a tough, tough first-round opponent and Duncanville is two rounds later.

QB Matthew Allen has thrown for nearly 2,000 yards and 34 scores with five receivers who can go. Their only district loss came to Duncanville and the defense is athletic. They look the part, but can they get all the way to the Regional Final to face Duncanville? VYPE says no. 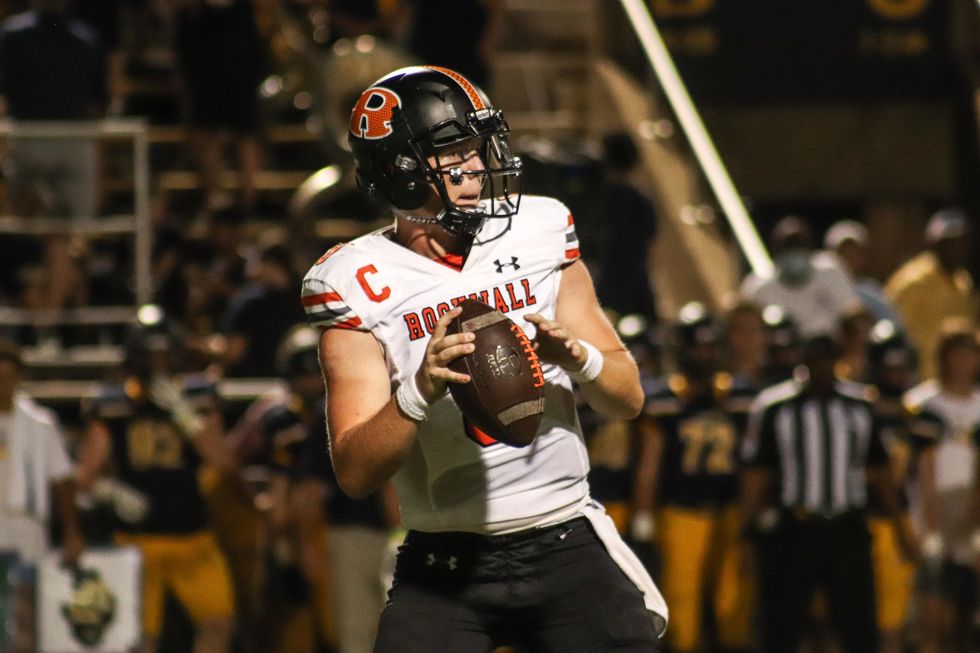