It's there, at Lamar Consolidated High School, that seniors and childhood friends Dylan Garrett and Rayshawn Glover compose one of the more prolific quarterback- receiver combos in H-Town.

Garrett is a 6-foot-4, 190-pound gunslinger. He threw for 1,942 yards and 18 touchdowns last season. Glover is a 5-foot-9, 190-pound dynamo on the perimeter, with 665 receiving yards and six touchdowns. Each also rushed for more than 100 yards and three touchdowns.

"We're the most underrated kids in the Houston area," Glover said.

Garrett and Glover have known each other since they were five years old. Football is their bond.

Glover right away noticed Garrett's strong whip of an arm. Garrett was throwing the ball 50 yards downfield then, as a child, who had barely learned how to properly grip a football."

"The first time I saw him throw the ball, I was like, 'Golly!'" Glover said. "Someone shouldn't have that arm strength when they're that young."

Glover, meanwhile, was faster than fast. He had no problem understanding what to do once he hauled in a Garrett pass.

"He's real athletic," Garrett said. "He's got speed. I know he's going to work. There's trust there. It's a blessing to have someone who's like a brother to me out there on the field. I love that dude."

And the best is yet to come. Garrett has improved his accuracy and can now consistently throw 80 yards down the field. His progressions, presence in the pocket and reads of the defense are improved.

"He's unbelievable," Glover said. "He should have all these stars and offers with what he can do." 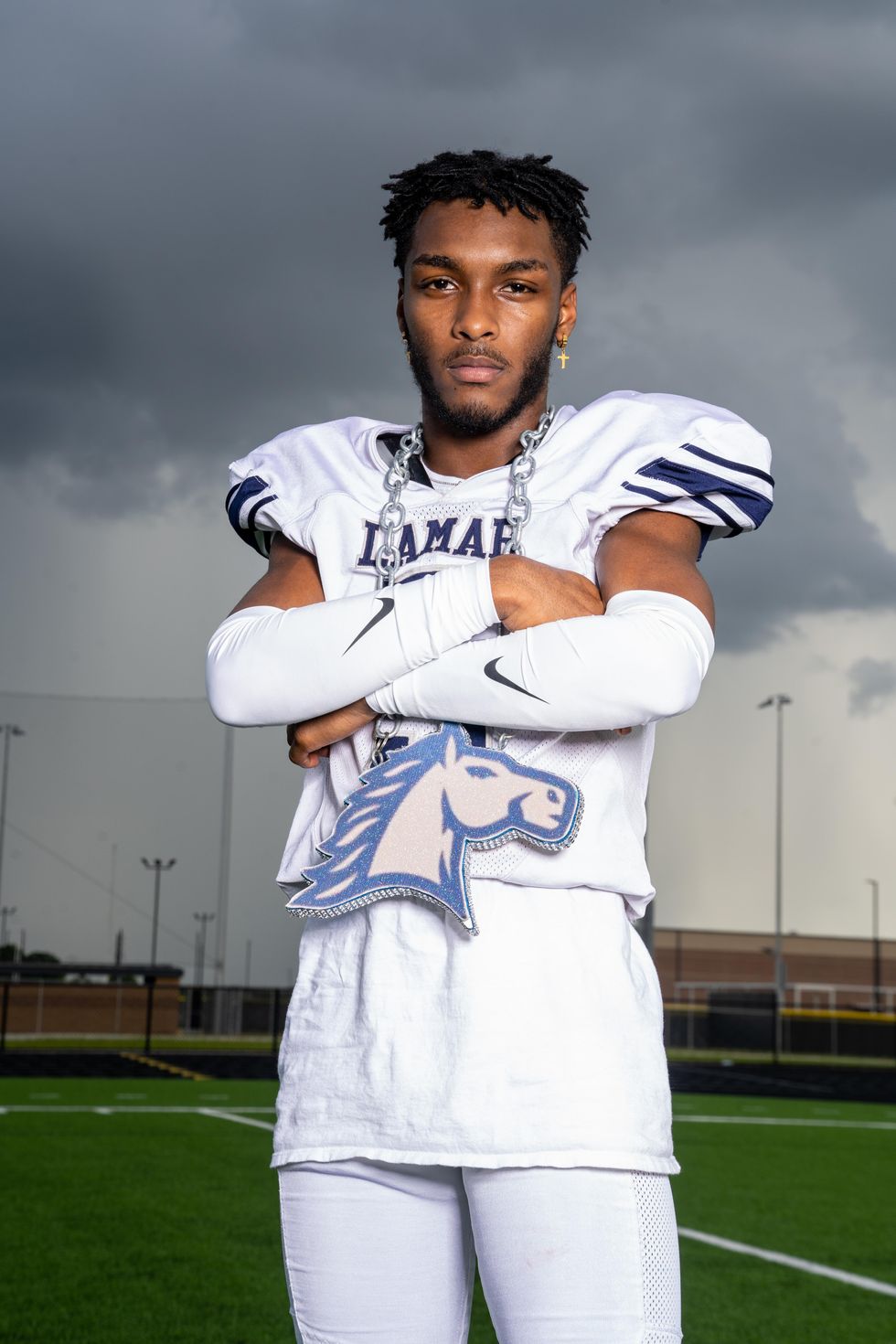 Glover, who already holds an offer from the University of Utah, worked on his footwork and getting stronger in the weight room.

Now their M.O. is getting the Mustangs back on the right track. Lamar Consolidated went 0-10 last season. Five of those losses were by a touchdown or less.

"Our bond on this team is stronger," Glover said. "We have guys who will pick each other up when we're down. We play for each other."

WINS WANTED: The Mustangs are hungry to get back to winning ways. Lamar Consolidated enters this season on an 11-game losing streak.

VETERAN CLUB: Lamar Consolidated returns 13 starters, a welcomed sign for second-year coach Kiah Johnson as he continues to implement his culture and standards.

DEFENSIVE STARS: The leaders of the Mustangs' defense are senior linebacker Tayvian Guidry and junior linebacker Jadin Nelson. They are the engine behind Johnson's 4-2-5 defense.