CHART: Track the number of coronavirus cases, recoveries and deaths in the Greater Houston area

Welcome to a new VYPE feature for the 2020 football season - VYPE Helmet Stickers powered by Houston Methodist Orthopedics & Sports Medicine! Every week, VYPE will scour the stat sheets of the previous week and find the top performers.

Class 6A and 5A teams went into Week 4 and wow there were some amazing performances! See who earned VYPE Helmet Stickers this week. Here are the selections.

Well this was hands down the play of Week 4! With no time left, down 23-20, Spring quarterback Bishop Davenport had to roll out and give enough time for his receivers to get downfield. Travis Sims, who had already caught two touchdown passes in the game was starting to backpedal. Davenport let the ball fly from midfield. Sims started backpedaling and eventually got into position. With three defenders around him, Sims leaped and caught the ball around one defender and fell into the end zone for the game-winning touchdown. Sims finished with eight receptions for 111 yards and three touchdowns. This win catapulted Spring into the VYPE Top 10 for Class 6A this week.

What a catch! What a moment!

Soooo ... @ShadrachBanks had one of the big highlights of the weekend!!! Check our more like this on Mondays debut of @HTownHSS powered by VYPE and hosted by @ToddFreed57 #txhsfb @MaxPreps @NSNationFB @Dematrius09 pic.twitter.com/xpVuCbhdzr

Shadrach Banks! What a play by the future Aggie last week in a 49-14 victory over Manvel. Banks took a direct snap, hurdled a guy and was gone to the end zone. The hurdle drew the oohs and ahs from both sides of Freedom Field. Banks finished the game with three carries for 78 yards and the score and five catches for 68 yards and a score. Banks is starting to be used in multiple ways in the North Shore offense as they get him going. He's starting to look like the 2018 Shadrach Banks again, which should terrify any opponent.

In an absolutely dominating victory over Aldine, Terrance Franklin was the key piece. Franklin finished with 239 yards and three scores on 19 carries in the win for the Generals.

Montgomery knocked off ranked Oak Ridge this past weekend winning 38-13. The VYPE Helmet sticker for this one goes to Josiah Gaetani who had four tackles and a 100-yard interception return for a touchdown! What a play by him and big momentum swing for Montgomery to start the game against Oak Ridge.

TOUCHDOWN GRIZZLIES: @grandoaksath WR Seth Wright gets the toss and he is gone for an 87-yard touchdown. Look at him TIP TOE the sideline!! #txhsfb

Grand Oaks is off to a 4-0 start. What a debut varsity season thus far. Last week, the Grizzlies defeated Fort Bend Austin 69-10 and boy was Seth Wright a big reason why. First off, Wright opened the game with a 93-yard kickoff return for a touchdown. Then he added two carries for 90 yards, including an 87-yard touchdown run, and two catches for 59 yards and a score. Add up all his yards 266 total yards across the board. What a game! He has speed to burn and will be a coverage problem for teams moving into District 13-6A play.

Just turn on the highlights! Wow, Parker Williams has speed and can run away from an entire defensive unit. In a 33-7 victory over Clements Williams had six receptions for 147 yards and two scores. Fulshear is 4-0 to start their first season in Class 5A.

Eisenhower has been the hottest Aldine ISD to come out of the gates. Absolutely demolishing their competition thus far improving to 2-0 with a 37-0 win over Aldine Davis last week. The Eagles were led by Waymon Finley out of the backfield in the win. Finley finished with 124 yards and two scores on just six carries. Impressive night for him and IKE!

With teammate Colton Marwill sidelined on a week-to-week basis after an injury against Deer Park, Joseph Manjack IV had to slide in and play quarterback in Tomball Memorial's rivalry game against Tomball last week. Which was played at Kyle Field! Manjack didn't disappoint as he finished 5 of 8 for 140 yards and two scores through the air and then added 235 yards and five touchdowns on 14 carries on the ground. What an offensive clinic. This week, Tomball Memorial opens district play against Klein Cain at home. 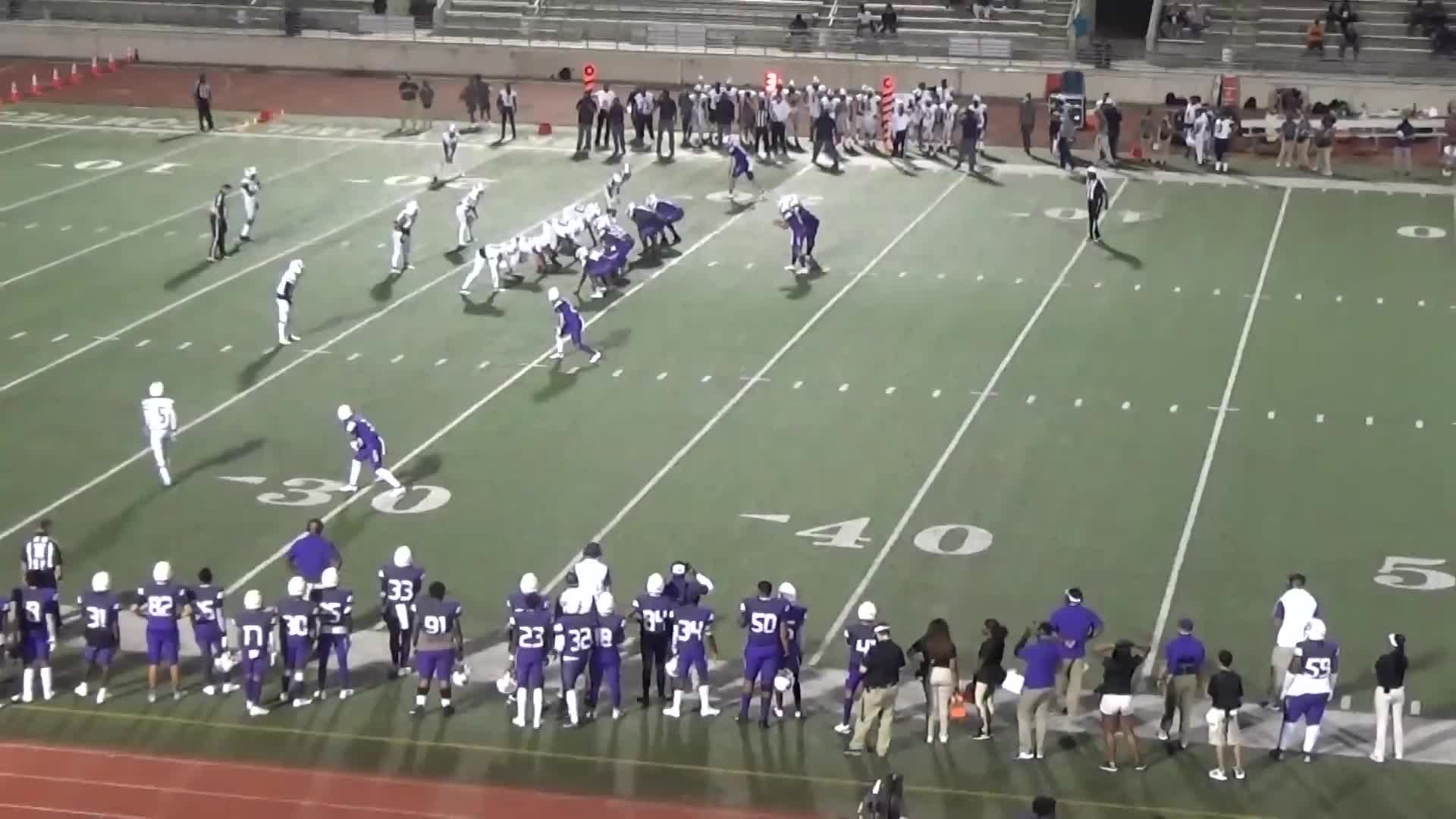 X'Zavier Sidney has helped carry the Wildcats of Humble to an impressive 3-1 start here in 2020. Sidney continued that last week in a 24-21 win over Lamar Consolidated. The Wildcats' back rushed for 176 yards and two scores on 31 carries. He is an impressive back and only a junior.

Bridgeland is doing its thing again. The Bears are off to a 4-0 start and got there with a dramatic 35-28 victory over Cypress Woods last week. A big piece of the win was Hunter Wallis at receiver. Wallis finished with 145 yards and a score on 10 catches. Wallis currently leads District 16-6A in receiving yards at 448 yards on just 28 catches, averaging 16 yards a catch. Wallis is one of Conner Weigman's big targets thus far!